Qualified and experienced restructuring lawyers can help companies to streamline their business through corporate restructuring, which involves eliminating wasteful business practices, selecting and implementing the ideal operational structure, and reevaluating and consolidating debts owed to creditors.

The restructuring process, while complex, can ultimately be positive for all managing parties. If the owners of your business are unable to agree on the future direction of the business, you have a variety of options that can help you avoid the problems associated with costly and time-consuming litigation.

One option is, of course, the sale of the business. The income from the sale of your business can be used to pay what is owed to debtors, as well as for a range of other things.

Another common practice is the “buy-out.” In a buy-out, one or more of the business owners sell their interests to other management personnel or outside parties. These transactions can be complex and high-stakes. It is, therefore, vital to select a law firm that understands the issues these transactions entail, which can range from debt restructurings to matters of intellectual property. If you’re interested in exploring your Georgia-based business’s restructuring options, the Atlanta restructuring professionals at Spizzirri Law, LLC may be able to assist you.

The third option for business entities facing intractable issues is known as “private placement.” Private placement refers to situations in which an owner sells his or her stock shares or bonds to a pre-selected group of investors or institutions as opposed to on the open market. Attorneys and law firms that understand the issues these cases involve are able to maximize the benefit to their restructuring clients while minimizing amounts owed to creditors.

Companies may also choose to make an initial public offering or “IPO.” In an IPO, the business offers shares to the public. The best law firms know how to work through the practice of conducting an IPO to maximize benefits to a company’s client base as well as an ownership group.

A final option for a company that cannot agree on a path forward is liquidation. Liquidation refers to the practice of selling off assets and redistributing them to claimants, including debtors, equity security holders, indenture trustees, stockholders, as well as unsecured creditors and their creditors’ committees and creditor constituencies. Liquidation is often part of insolvency proceedings.

It may also be necessary for your company to restructure the debts owed to various creditors. This is commonly known as “financial restructuring.” An experienced restructuring attorney will help you develop and implement a strategy for consolidating and adjusting the terms of your debts by professionally guiding you through a seamless restructuring experience. These actions, when coupled with operational restructuring and implemented alongside efforts to raise capital, can save your business from the cost and headache of bankruptcy and/or insolvency.

If your company is facing insolvency or bankruptcy, finding a lawyer who understands the intricacies of corporate restructuring is vital. Generally, the ultimate goal for restructuring lawyers is to reshape a corporation in a way so that the clients are not forced to declare bankruptcy. 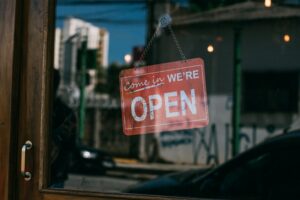 The Role of Restructuring & Bankruptcy Lawyers in Chapter 11 Bankruptcy

Bankruptcy refers to the legal process in which a company declares insolvency by filing under Chapter 11 of the Internal Revenue Code.

Chapter 11 bankruptcy is a court-supervised restructuring process. Chapter 11 is usually referred to as reorganization bankruptcy, meaning a debtor has to create a financial plan in order to restructure their finances and maximize the return to creditors.

That plan has to include various terms such as modifying interest and payment due dates, and it can even offer to discharge the debt entirely. The majority of plans also entail some downsizing to reduce the debtor’s expenses. If the creditors’ rights are affected, they can vote on the plan, and the court can confirm the plan if it satisfied required legal issues.

Next, the company’s bankruptcy lawyers will appear in bankruptcy court to litigate which debts that are owed to creditors are dischargeable under the law. Like other cases and chapters under Bankruptcy Code, when bankruptcy is filed the automatic stay automatically goes into effect. That puts a stop to any repossessions of property, collection activities, foreclosures by the creditors. They can not pursue any claim or debt that was made before filing for bankruptcy.

If your company has affiliates or subsidiaries outside of the United States, it may be necessary to file for bankruptcy under Chapter 15 of the Internal Revenue Code. Chapter 15, which deals with jurisdictions, allows for cross-border cooperation between United States bankruptcy courts and foreign courts.

Troubled companies may also want to try out-of-court restructuring since Chapter 11 cases can turn out to be inefficient and expensive.

Bankruptcy and restructuring lawyers will first try to analyze the situation, determine the problems, and then work with financial advisers in making a plan to deal with the crisis. After that, they will try to negotiate with creditors and persuade them to wait and not pursue payback. Successful negotiations can result in creating a payment plan for every creditor. If negotiations are not successful, Chapter 11 can be filed. 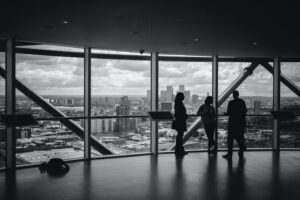 Whether your company focuses on finance, real estate, oil, and gas, or any number of other industries, engaging a group of knowledgeable restructuring attorneys is crucial to securing the best possible future for your corporation.

Although the decision to restructure may be made internally and voluntarily, it may also be court-ordered. For example, a business that has filed for bankruptcy under the Chapter 11 may be required to restructure before a court will discharge certain debts. An experienced restructuring attorney can assist you and your company to comply with court mandates while protecting your assets to the maximum extent possible. 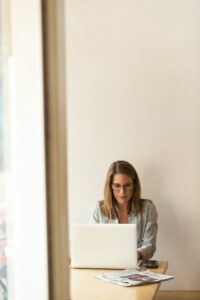 The services a company needs from restructuring lawyers will vary depending on the nature of the company, their clients, debtors, and a number of other things. You need a restructuring attorney who understands that all situations and clients are different. When establishing an attorney-client relationship, some restructuring attorneys pursue strategies that lead to unnecessary litigation and then develop ad hoc solutions to win the ensuing court cases on their client’s behalf. In most cases, it is more beneficial to business owners to avoid litigation entirely.

By hiring a business/commercial law firm that understands the unique needs of corporate business clients, you can be sure that you reach the resolution that is most beneficial for your company, as opposed to for the attorney’s bottom line.

What Does a Restructuring Lawyer Do?

Experienced restructuring lawyers can ensure that your restructuring efforts improve your company’s bottom line and position it for future success. 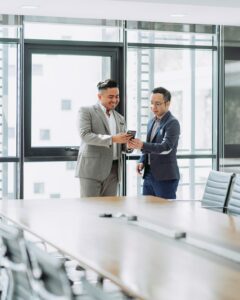 Cost-cutting measures can include:

An experienced attorney can assist you in understanding your options for operational restructuring and help you select and implement the option that will most benefit your company in the long term. 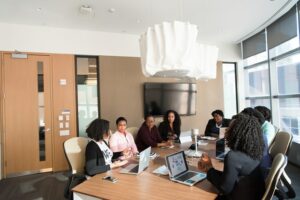 If your business is located in the state of Georgia, has a valuation of $2,000,000 or more, has 5 or fewer owners, and is in need of a turnaround, contact Spizzirri law today. Our attorneys have the experience and knowledge to explain your options clearly and to guide you and your company to a resolution that protects what you have built and positions you for a profitable future.

If you are a small to medium-sized business anywhere in the United States, learn how Spizzirri Law Offices Company Limited can deliver value for your company. For a consultation on the firm’s commercial law services,
call (404) 999-2161 or contact our Atlanta office online.

If you are spending too much of your company’s budget on legal fees, or you are just tired of the reactive approach to business law, Paul M. Spizzirri is prepared to help. Schedule a consultation to learn how my approach can produce value for your business. Call (404) 999-2161 or contact my Atlanta office online.